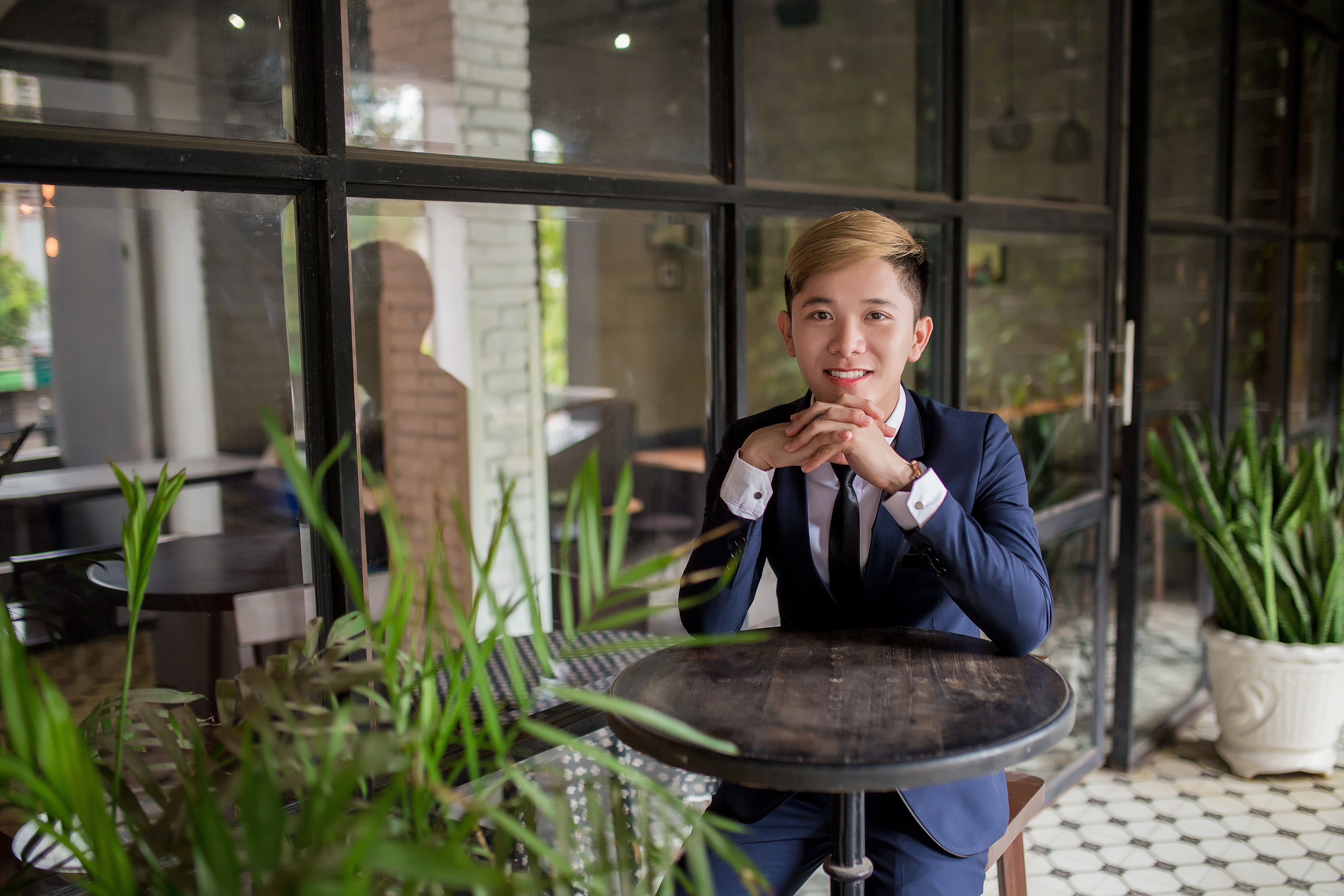 “By studying abroad [I became] a much knowledgeable individual, and more marketable to graduate schools as well as employers due to the intangible skills [I acquired] along the way.” –Nam Nguyen

Nam Nguyen, a sophomore from Honors College at Washington State University, was the only WSU student in 2016, and one of 50 students nationwide, to receive a $10,000 grant from the Council on International Educational Exchange (CIEE). The grant has allowed him to study abroad at the CIEE Global Institute in Rome, Berlin, and London for six weeks each during fall 2016.

“Culture is not just about languages, food, appearances, and personal habits. It can portray deep perceptions, beliefs, and values that influence one’s way of life and the way one views the world.” -Nam Nguyen

Visiting different countries and experiencing different cultures has always been a desire of Nguyen’s. By the young age of 16, he had traveled to multiple countries in the world’s largest continent. He spent time visiting countries throughout Asia, including Singapore, Malaysia, Indonesia, Thailand, Laos, and Cambodia. Spending time in various countries drove Nguyen to chase his dream of traveling the world. From visiting a few countries in Asia, his dream grew to include reaching and traveling to all seven continents.

Originally from Vietnam, Nguyen never forgot about his goal to see the world when he came to WSU to pursue his Bachelor of Science (B.S.) in both professional chemistry and international business. During his time at WSU, he learned about the study abroad programs offered by WSU’s Office of International Programs Department of Global Learning. With the help of his academic advisor, Sharon Ericsson, he set his sights on Europe and got the chance to study in several cities in Ireland during the summer of 2016 on a WSU Faculty-led program. After his exhilarating experience in Ireland, Nguyen did not stop there. He decided to spend the rest of his summer in different cities throughout Europe. Currently, Nguyen is studying in London and will be on his way to check off two more continents this year. First, he will be visiting Brazil followed by Australia.

With his plan to study abroad in Australia and setting foot in South America, Nguyen will have traveled to Asia, the Americas, Europe, and Australia by the spring of 2017. This leaves two more continents; for Nguyen this is a dream coming true. Unable to control his thirst for adventure, Nguyen has started forming plans to visit some countries in Africa in the near future. “I have always wanted to go to all continents, so my next goal is to go to some countries in Africa. I am really looking forward to experiencing the life of people in Africa,” Nguyen said. With the world in his sight, Nguyen has a few favorite countries that he wishes to visit: Japan, Taiwan, Argentina, Cuba, Kenya, Ghana, as well as Antarctica in hopes of conducting scientific research.

When Nguyen applied to study abroad, he was accepted into various programs. Some of the programs that made Nguyen realize his dream to see the world, mainly Europe, were the WSU Faculty-Led Ireland: Exploring the History, Culture, and Environment of Ireland, WSU Faculty-Led Italy: First Generation Abroad, and CIEE’s Global Institutes in Rome, Berlin, and London.

While WSU successfully provides its students with hands-on experiences on campus, it also serves its students overseas with more distinctive day-to-day opportunities, which gives students, like Nguyen, the chance to experience the countries in a genuine manner. “Attending classes overseas is mostly different because [we] mostly study on-site and go to the specific places related to the course [we] are studying,” he explained. If students were attending an art course, for example, they will be taken to a museum or an art gallery to study and look directly at the artwork they are analyzing. He also mentioned that in his business courses, students were taken to a company or a firm to directly communicate and conduct interviews with employers and their employees as part of the learning experience.

Two different majors to save the environment

At a first look, studying both professional chemistry and international business seems to be an unusual combination. To Nguyen, however, they are very relevant to each other. Obtaining a degree in both will help him find creative solutions in order to save the environment, something in which he always to be an active participant. To him, studying abroad and traveling the world fits within his academic studies and aligns with his interest in solving current global issues. Nguyen believes that many global issues relate to chemistry, such as climate change, polluted water, and air pollution. Obtaining a degree in professional chemistry, will allow him to go further in doing research about solutions to save our planet. His goal is to develop a scientific consulting firm that works to provide solutions for other companies, such as Apple, Microsoft, and Google, working toward implementing eco-friendly technologies.

Great accomplishments and more to come

“Nam is a very special young man.  In addition to his desire to see all parts of the globe, he is an artist, chemistry major, Honors College student, and one of the nicest, most generous students we have had the pleasure of getting to know!” –Christine Oakley, Director – Global Learning

Visiting and exploring new parts of the world while pursuing two majors and a minor in global studies, still does not stop Nguyen from furthering his academic career by obtaining two certificates: the Global Leadership Certificate and the Certificate of Global Competencies. With a busy schedule, he skillfully managed to keep a high GPA, and continues to be an honor student. Nguyen was recognized for his academic achievement by the WSU Undergraduate Education for earning a 3.9 GPA and was placed among the top seven percent of all freshmen at WSU in 2015. He never allowed his academic schedule to interfere with being involved in the community and outside of classroom extracurricular activities. While serving as the treasurer for the Vietnamese Student Association, he was part of the Student Entertainment Board (SEB) committee. He managed the Engage the World Program at the IP – International Center as an intern and was a member of Planned Parenthood Generation Action. He made the time to volunteer as a peer mentor with WSU IP – Global Services. In addition to his recognition and awards, Nguyen proudly received the Presidential Citizens Medal from President Obama. He also received a letter of appreciation from the White House for his outstanding community service and his contributions to the WSU and Pullman community. Currently, Nguyen is a student ambassador for the WSU College of Arts and Sciences.

Upon his return to the WSU campus, Nguyen plans to start participating in undergraduate research with the WSU McNair Achievement Program, something he is deeply excited about. Following his graduation in 2019, he wishes to enroll in graduate school and earn his Ph.D. to further his education. He is also considering enrollment in the WSU MBA (Master of Business Administration) program.

“The best way to experience a culture is to live it, which is exactly what [students studying abroad] will be doing. Aside from gaining an understanding for cultures other than their own, they will also gain intangible skills. Independence, time management, organization skills, social skills and self-confidence.” – Nam Nguyen

Studying abroad has always been a way for students to learn about and from cultures first-hand, which helps them learn about subjects and matters from a whole new perspective. For Nguyen, studying abroad is not just about gaining new experiences, but an opportunity to allow one not only to restrict a single set of ideologies, but also to figure out a totally different style of ideologies. He believes that studying abroad has helped him learn more about himself as an individual and learn more about his own culture when seen in different lights. Nguyen’s one main advice for students intending to study abroad is not to have expectations. There’s so much more the world has to offer and he believes that expectations become limitations. He added that while abroad, every day is going to present a new and different set of opportunities, “It’s all going to unfold in a way you could have never expected.”