A comprehensive and practical understanding and use of the Spanish language helps develop intellectual curiosity, critical thinking skills, and an appreciation of the humanistic context of international, especially Spanish-speaking, cultures.

Begin planning as early as possible

Financial aid and scholarships may be applied to education abroad opportunities 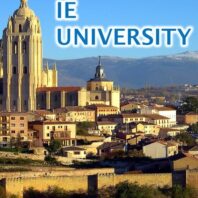 Bilateral Exchange: IE University
Location: Madrid, Spain
Term: Academic year, September-April | Fall, September-December | Spring, January-April
Cost: Academic year, $30,924 | Semester, $16,407
Features: IE University has 2 main campuses: Segovia and Madrid. The Segovia campus is only 25 minutes from Madrid by high-speed train, and welcomes students from over 80 countries to a global university setting with an atmosphere that is both academic and lively. IE University provides a personalized study path throughout their different majors to allow students to adapt the curriculum to their own interests.

ISEP Exchange: Universidad de Salvador
Location: Buenos Aires, Argentina
Term:  Fall, July-November | Spring, March-June
Cost: WSU Tuition + ISEP fees
Features: Universidad del Salvador is located in Buenos Aires, a sophisticated and dynamic metropolis with a population of over 13 million. Buenos Aires is famous for its European-influenced architecture, indulgent foodie scene, and vibrant nightlife, with glamorous tango at the center of it all. Known for its multiculturalism and hospitality, Buenos Aires has also been named as the best city in the Spanish-speaking world for international students (QS Best Student Cities Ranking). Located in the heart of Buenos Aires, Universidad del Salvador is one of Argentina’s most prestigious educational institutions. USAL is characterized by the integral and personalized education it provides its students, while maintaining the Jesuit traditions of its founders. The University welcomes over 500 international students each year, and it has a “buddy system” to help ISEP students meet local peers and adjust to life in Buenos Aires!

Spanish Language and Culture by the Mediterranean Sea
Location: València, Spain
Term: Summer
Cost: $8,291
Features: Spend 1 month in València, city of arts, sciences, history, and nature. Located on the east coast of Spain, València is the perfect scenario to learn about Spanish history and culture, and to improve your language skills while you enjoy the beauties of a Mediterranean Sea summer season. Experience Spanish college life at Universitat de València. Walk, see, and learn from a fascinating city known around the world for its millennial history and traditions along with its scientific development, its love for the arts and architecture, and its appreciation and respect for nature. 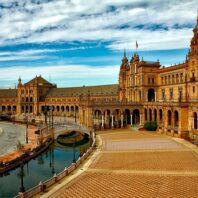 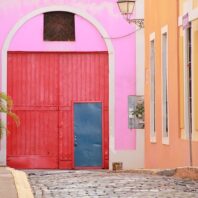 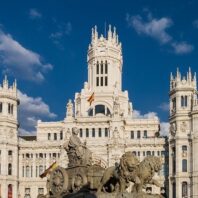 API: Spanish Language and Culture in Madrid
Location: Madrid, Spain
Term: Fall, October-December | Spring, April-June
Cost: Fall, $9,980| Spring, $11,400
Features: Spain’s capital since 1561, Madrid is the contemporary capital of Spanish culture, finance, and industry. A large, international, and cosmopolitan city, Madrid is a city of possibilities. It boasts incredible monuments and museums, including the Museo del Prado, Museo Nacional Centro de Arte Reina Sofía, the Thyssen-Bornemisza Museum and the Museo de la Real Academia de Bellas Artes de San Fernando. Visitors cannot miss the Iglesia de San Isidro, once the cathedral of Madrid, or the Palacio Real. Madrid is also known for its fountains and elaborate parks, including the glorious Parque del Retiro. The energy of Madrid is in its street life and warm people. To study abroad in Madrid is to experience more than a classroom – it is to experience the history of Spain and its people. Considered one of the most prestigious universities in Spain,The Universidad Complutense de Madrid was founded in 1492 in the city of Alcalá de Henares, and later moved to Madrid. 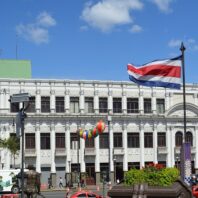 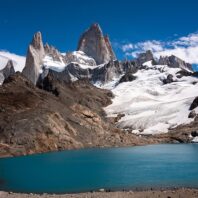 CEA: Spanish Language & Latin American Studies
Location: Valparaíso, Chile
Term: Fall, July-December | Spring, February-July | Summer
Cost: Semester, $11,695 | Summer, $4,495
Features: Enjoy student life in one of South America’s most beautiful cities as you take your Spanish language skills to the next level. Attend classes alongside Chilean students and choose from a wide range of courses taught in Spanish. Flexible course options allow you to earn credits toward your major or fulfill additional graduation requirements. You’ll hone your Spanish language skills through interaction with your classmates, professors, and locals, on campus and off, progressing through the language immersion experience. 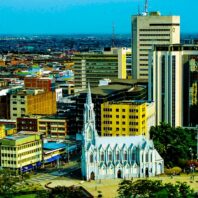 CET: Semester in Colombia
Location: Cali, Colombia
Term: Fall, July-December | Spring, January-June
Cost: Fall, $15,390 | Spring, $14,990
Features: CET Colombia students study race, identity, and ethnicity through the Afro-Colombian lens in Cali—a city with the second-largest population of African descent in South America. The program’s curriculum, developed in consultation with Howard University, allows you to examine these dynamics through sociopolitical, economic, artistic, and historical representations of race in Colombia. And with out-of-class learning, local roommates, and direct-enroll classes that put you in a Colombian classroom, you grow your understanding both intellectually and experientially. 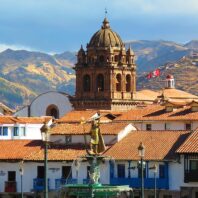 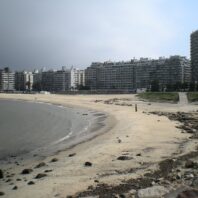 USAC: Study Abroad in Montevideo, Uruguay
Location: Montevideo, Uruguay
Term: Academic year, August-May | Fall, August-December |  Spring,  January-May | Summer
Cost: Academic year, $17,060 | Fall, $8,780 | Spring, $8,860 | Summer, $3,980
Features: The program is based in Montevideo, the capital of Uruguay and a port city with a massive coastal promenade where locals enjoy strolling, exercising, and socializing. Known for its vibrant, laid-back lifestyle, the host city also offers a robust music, theater, and arts scene where many performances are held at Teatro Solis, Montevideo’s renowned theatre built in 1856, or at the public festivals held at parks, plazas, or La Rambla. USAC chose to locate the program in Uruguay due to its safety, political, financial, and economic stability. ORT-Pocitos is the host university and is located in a middle-class neighborhood. An international and non-denominational university, it is the first and largest private university in the country with 10,000 students. The campus is newer, modern, and quite nice. This convenient location offers easy access to gymnasiums, La Rambla, parks, many stores, cafeterias, and banking.