The Office of International Programs enables every WSU student to graduate with a rich understanding of different cultures and nations. It fosters a welcoming and inclusive environment for international students, faculty, and visiting scholars from over 100 countries.

In addition, the office reaches out to academic institutions, governments, and other organizations worldwide, building strategic partnerships that advance research and discovery.

Racism looms over our nation’s soul.

Breonna Taylor. Ahmaud Arbery. George Floyd. Three on a seemingly endless list of African American fathers, mothers, sons, daughters, loved ones, and family members, all of whom were killed because they were black.

Each a recent and stark reminder and memorial of the ugliness of historic, systemic inequality.

Each a victim of our country’s severe racial and class disparities.

The COVID‑19 pandemic has laid bare the truth about the unequal access to health care that people of color—specifically African Americans—face. This fact only compounds the current outrage.

We are still so far from achieving the aspirations of racial and social justice.

How do we acknowledge the atrocity and pain of past and recent tragedies? How, especially, do we acknowledge and respond to the ongoing racism suffered by African American students, faculty, staff, alumni, and community members when they aren’t treated with the humanity and dignity they deserve?

Given the recent killings and the protests and destruction of the past few days, the words of Martin Luther King Jr. offer a truth worth repeating. In a 1967 speech in which Dr. King referenced the nationwide riots of that summer, he said:

Black lives matter. Racial violence impacts our WSU family. As an intellectual community committed to learning and seeking truth, we must reflect on our own failures—individually and collectively.

In that spirit, we soon will release a report from an investigation into WSU police arrest rates that illustrates we have much work to do. We, like Bill Gardner, chief of university police, are committed to confronting this issue and will, in dialogue with the WSU community, work toward a just solution.

Change starts with each of us, and we must hold ourselves and each other accountable.

We must consider our own roles in maintaining systemic racism and accepting racial violence, even when it makes us uncomfortable. When our actions are informed by the truth of others, we can move forward, together, courageously and realize the aspirations of racial and social justice. Only then can we begin to create an authentic space from which to proceed.

Are Home to WSU International Students

WSU students may choose from over 600 study abroad programs in 70 countries and on all seven continents around the world.

A Place for International Connections

Students from a wide range of nations and cultures join in workshops, civic activities, and other programs at the University’s International Center.

Located in the Compton Union Building (CUB) in the heart of the Pullman campus, the center enables international and domestic students to connect with others and share their experiences with the University community. It is also where many students come to study and relax with friends.

In the 2019-20 academic year, WSU welcomed to its campuses more than 2,260 international scholars and faculty members from more than 115 countries.

Scholars at WSU break down geographic barriers to discovery by forging partnerships with colleagues around the world. The Office of International Programs formalizes international collaborative agreements and ensures regulatory compliance.

Part of the academy’s mission is to conduct regional outreach to increase the Northwest’s participation in Fulbright programs. 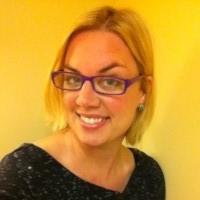 Kate Hellmann was named Director of IP-International Student and Scholar Services. Kate has been a leader in international education as a faculty administrator and researcher for over a decade and has been at WSU for well over half that time. She has a Ph.D. in Education with a focus on International Education from the University of Idaho and a Master’s in Applied Linguistics/TESOL from Iowa State University. Kate conducts research on faculty experiences with international students in the classroom and beyond, international students and scholars, innovative teaching methodologies and integration of domestic and international communities. Her research and practice focus on the internationalization of higher education in the United States. She is also local to the area and grew up attending WSU football games with her family. She speaks Spanish and has traveled to 22 countries but is happy to continue to call WSU home.

“I have long held to the fundamental belief that if we are to change—and change in bold and significant ways—the delivery of higher education in this country, it will require that we develop new paradigms, new ways of thinking, new platforms of knowledge that will position us for the challenges and the opportunities of this global economy and marketplace.”
Elson S. Floyd, Ph. D.
Past President Washington State University